Wouldn't it be great if there were a country that had everything? Beautiful beaches, great mountains for skiing, amazing natural beauty… If only such a place existed! Oh wait, it does. It's called the United States of America, but its friends just call it America. 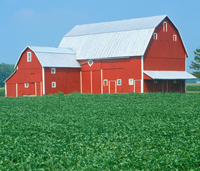 This is a huge region that feeds the country. For most Americans all the states look the same. They are flat, and no matter where you are, all you can see are fields of grain.

Wisconsin is known for its cheese and butter. Nebraska, Kansas and Iowa are all big producers of wheat and corn, and very good beef. And what about North and South Dakota? They are extremely cold and no one wants to live there!

Despite all the farmland, there are some pretty big cities too, such as Chicago and Indianapolis. St Louis is known as the “Gateway to the West” – the last point of civilization before the Wild West began. 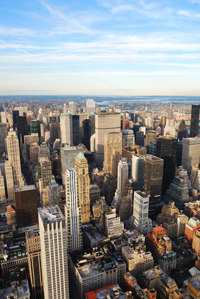 New York is known for New York City, the largest city in America (over eight million people). But if you think the city is the capital of the state, you are wrong. The capital is Albany, with a population of only 98,000! 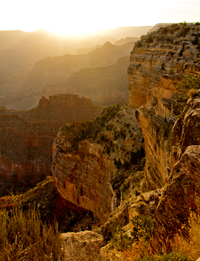 New Mexico is partly desert, partly mountains. During World War II, the atomic bomb was developed and tested there. This was a good place for it because the state is full of open desert without many people.

Arizona is all desert and is famous for a big hole in the ground: the Grand Canyon. There is also the Painted Desert, a national park where minerals give the sand different colors (like pink and green), and hills made of petrified wood. Beautiful!

Kentucky and Tennessee are both mountainous, and they both have a great musical tradition (Nashville is the center of country music).

It is very warm in Mississippi and Alabama, and they grow lots of cotton. Oklahoma is flat, with a lot of desert land and lots of oil. Because the postal code for Oklahoma is OK, the state has the slogan “Oklahoma is OK!”

Texas is like a lot of different states all in one. In the north and east are thick forests, in the middle are rolling hills, in the west a dry desert (and rattlesnakes and scorpions), and in the south are marshes (with alligators) and beaches. Texas is the number one oil producer in the US.

Louisiana was named after King Louis XIV of France. Fortunately, Napoleon needed some cash, so he sold Louisiana to the US back in 1803. New Orleans is the party capital of the US – every February millions of people visit it to enjoy Mardi Gras, the Franco-American version of masopust. 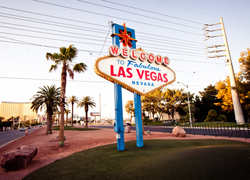 If you were a potato, you would want to be from Idaho. Why? Because Idaho potatoes are considered the tastiest in the world!

Montana and Wyoming are the type of states that are incredibly beautiful, but no one lives there because of the cold weather.

Utah is known for being founded by Mormons

*1. People in Utah would like it very much if you pronounce the name of their state correctly: The “U” is like “you”, and the “h” is silent, so it sounds like you taw.

When you think of Nevada, you think of Las Vegas, the casino capital of the US. Before Nevada offered gambling, the state was just an empty desert with a few cowboys living there. Today, it's also home to Area 51, a military base which is so secret that no one knows what goes on there. And because of this many people think it is where the government hides alien spaceships that have crashed on earth.

The Rocky Mountains run through the whole state of Colorado, and so the state is one big ski resort.

These states were all part of the original 13 colonies, and have a very rich history.

*2 could live in religious freedom. Massachusetts is home to the region's largest city: Boston. It was where the American Revolution started, with the famous Boston Tea Party, when colonists dumped British tea into the harbor. America's oldest university, Harvard, is in Massachusetts, while Connecticut is famous for Yale University. These two universities are arch (= big) rivals, something like Sparta and Slavia.

New Hampshire and Vermont are both cold and snowy, but the best Christmas trees in the country come from these states. 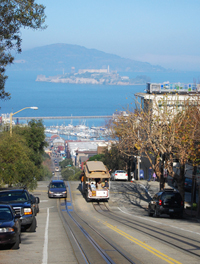 California is the most populous8 state. There are many big cities, such as San Francisco, said to be the most European of American cities, and Los Angeles, where some of the best (and worst) films in the world are made. The climate is mostly warm, but San Francisco is known for its cold wind that blows all year around. Mark Twain once said that the coldest winter he ever knew was the summer he spent in San Francisco! California also has lots of natural disasters, like earthquakes and forest fires. So don't visit there without good insurance.

The states of Washington and Oregon are covered in mountains and thick forests and give America much of its wood. Washington is also home to Mount St Helens, an active volcano. In 1980 the volcano erupted, killing 57 people.

The last two states to join the US, Alaska and Hawaii, couldn't be more different. Alaska is really cold, and has almost as many bears as people. The countryside there is beautiful, and many people fantasize about living there. But the reality is that the cold makes for hard living, and not many people want to live with bears. Hawaii is a tropical paradise. In fact, it is so exotic and far away from the continent that many people forget that it is a state and not a foreign country. 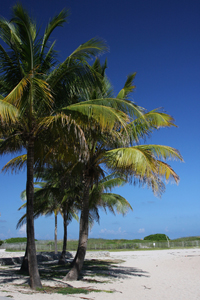 Except Delaware and Florida, all these states were named for English kings and queens. They have very nice beaches that face the Atlantic Ocean. Florida has three different coasts: the Atlantic, the Caribbean, and the Gulf of Mexico. Because of its nice weather, many people choose to retire in Florida.

*3, and the state that fired the first shots of the Civil War. Even today South Carolina keeps a design for its own currency – just in case.

Maryland donated the land which is now the District of Columbia, home of the nation's capital, Washington. 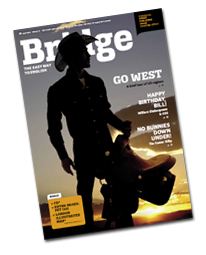