Read the text and complete each gap with ONE WORD only. 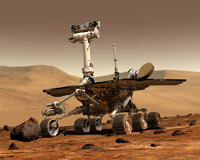 Adapted from an article provided by www.speakconfidentenglish.com