The Legend of Stingy Jack

The Legend of Stingy Jack

Written and narrated by Richard Gilbert-Cross 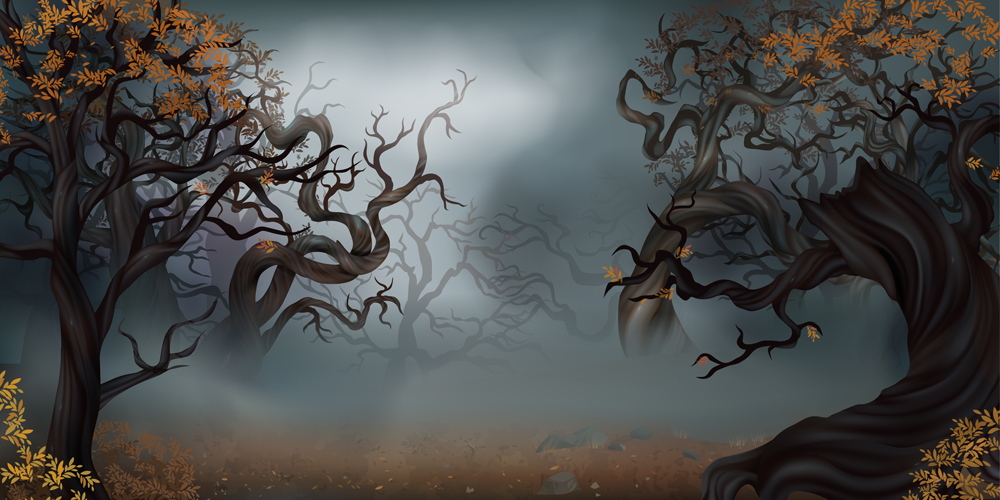 Once, in a small wood on the edge of a tiny town in Ireland, lived an old blacksmith called Stingy Jack. Everybody far and wide knew about Stingy Jack with his drunk and penny-pinching ways.

One night, All Hallows Eve, Jack left his cottage in search of beer. As he staggered down the street he remembered the coin in his pocket. He had tricked it from a young boy earlier that day. Also in his pocket was a brass crucifix. With a big smile, he thought of how many pennies he could bully the vicar into giving him for mending it.

He was still smiling when he got out of the woods and stumbled upon a tall figure dressed in black. If it had a face, Jack could not see it in the dark. The figure was wearing a long black cape but the strangest thing about him was his height. If Jack had to guess, he would say he was about seven feet tall.

Scared, he pulled out his fists. “What are you and what do you want?”

The figure ignored him.

“If you’re here to take my money, I have none!” Jack added.

The figure laughed. “I refuse to believe that, Stingy Jack.”

Terrified, Jack took a step back in shock, before replying: “H-h-how do you know my name?”

“Everybody has told me about Stingy Jack,” said the figure.

“What did you call me?” said Jack.

“Stingy Jack. Or miserable, penny-pinching Jack, if you prefer.”

“You know nothing about me,” scoffed Stingy Jack.

“It is true we have never met,” said the figure. “But now that we have, everything I have heard about you is true.”

“Besides,” the figure added, “people only ever get to meet me once.”

“Whatever,” said Jack. “It has been my worst fortune to meet you. You have made me late,” he added, trying to push the figure out of his way. But his hands connected with thin air.

“There will be no getting drunk or fooling people out of money tonight,” said the figure.

Jack froze mid-step. The figure looked at a black pocket watch in the shape of a devil’s horn.

“Stingy Jack of Blacksmith’s Cot­tage. I am here to tell you that your long and miserable life has come to an end. The fires burning in Hell await you for eternity.”

At once, Jack started to cry. He tried to grab the figure’s cloak, but his hands again slipped through the air.

“Please don’t take me! I haven’t yet finished my life!”

“Do you mean there is more drinking and swindling to come, Stingy Jack?”

“Please forgive me! I will do anything!”

The figure, who Jack now knew to be the Devil himself, hesitated.

“Okay, Stingy Jack. I’m feeling generous tonight, so I will give you a deal.”

“You can have one final wish before you come with me. What will it be? Perhaps you would like to give that boy his penny back? Or make amends with the vicar?” said The Devil.

“I want to feel the sweet taste of a large drink on my tongue just one more time!”

“So be it,” said The Devil. “But Death waits for no man or woman to be ready.”

“Even though you disturbed me, I would like to buy you one too,” said Jack, a plan forming.

They went to a nearby tavern. Everybody booed and shouted when Stingy Jack walked in. Jack told The Devil to sit down while he bought a drink.

One hour later, The Devil again looked at his pocket watch and told Jack, who was now very drunk, that they needed to leave. The bartender came over and asked Jack to pay.

“My friend here will give you a coin,” said Jack but The Devil had none. The bartender said they could not leave until he received payment.

Then Jack had an idea. He told The Devil if he turned himself into a coin, he could pay the bartender and when the bartender wasn’t looking, The Devil could turn back. He and Jack could then go to fiery Hell in peace.

The moment he transformed into a gold coin, Jack grabbed it from the table and placed it in his pocket next to the crucifix. He then turned and ran out of the tavern drunk, laughing and celebrating. The Devil, terrified only of crucifixes, was trapped.

However, when Jack arrived home, The Devil’s voice started to shout from his pocket. When Jack could take no more, he shouted to The Devil that he would let him go as long as he gave him one more year of his life.

Left with no choice, The Devil agreed. “So be it.”

Jack removed the crucifix from his pocket and at once, The Devil disappeared.

One year later, Jack was searching for berries with a walking stick when The Devil silently appeared behind him.

“It is time, Stingy Jack. Although, I barely recognised you.”

Jack immediately got on his knees and started to beg at The Devil’s feet.

“Please help me!” he cried. “I need something to eat!”

The suspicious Devil, remembering what happened last time, was determined not to be fooled again.

“Not this time, Stingy Jack”, said The Devil.

“But look at me!” shouted Jack, “look how much I’ve changed!”

That’s the first truth you’ve ever spoken, thought The Devil.

In just one year, Stingy Jack’s back had become all bent, his hair had turned grey and his torn clothes hung from his skinny bones.

“That may be,” said The Devil. “But Death waits for no man or woman to be ready.”

Jack started crying and hitting the floor with his puny fists. “Please, Devil! Please let me eat before I go! I haven’t eaten in three days! I want to feel the sweet taste of fruit on my tongue just one more time!”

The Devil sighed. In the woods, he could see the ruins of Stingy Jack’s old cottage. Next to it was a small dirty tent covered in holes. The Devil already knew that the bartender had burned Jack’s house to the ground and taken the crucifix as payment for the drinks. The Devil pulled out his black pocket watch and looked at the time.

“So be it, Stingy Jack,” said The Devil. “You can have one piece of fruit.”

Jack picked up his walking stick and pointed it to a nearby apple tree.

“I have been dreaming of those juicy green apples,” said Stingy Jack, “but my back is too bent to climb the tree and reach them.”

Reluctantly, The Devil placed an invisible foot on the tree and started to climb. Once The Devil reached the top and grabbed an apple, Jack suddenly ran to the bottom of the tree and carved a cross into the trunk with his stick. The Devil froze as Jack started to shout and celebrate. When The Devil asked him to scrub out the cross, Jack laughed and asked for ten more years and a promise he would never go to Hell. Sensing he had no choice, The Devil sighed, “So be it.”

With that, Jack scrubbed out the cross and The Devil disappeared.

Ten years later, Jack died alone in the woods. After departing this Earth, his soul asked the guard at the entrance to the afterlife for directions to Heaven.

By now, his back was so bent his head was down by his knees. It took him and his two walking sticks hours to climb up the pearly white steps, where a peaceful Angel met him in a beautiful garden.

However, when Jack asked for entry, the Angel very politely turned him away. The Angel informed him he was far too deceitful and untrustworthy for Heaven, but Hell may have some space for his soul to rest.

Jack returned to the burning steps of Hell, past a pitch-black forest where the trees and plants were alive, where he was met by The Devil himself.

When Jack asked for entry, The Devil also turned him away. Desperate Jack begged and begged, but The Devil did not give in this time. The Devil pointed to a distant forest, which Jack recognised as his own, and informed Jack his soul was now forever destined to wander in Purgatory on Earth.

Barely able to see in the dark, Jack begged The Devil for at least a light, so he could walk his way back to Purgatory. The Devil reached into the burning fires of Hell and threw Stingy Jack a single flame. Terrified to touch it, Jack walked around and around for something to pick up the flame with.

Eventually, on the outskirts of Hell, he found a vegetable patch. All of the vegetables were alive and hissed at him when he tried to go near.

Looking for a big, round vegetable, Stingy Jack found a pumpkin, who hissed and spat at him as he picked it up. Jack took his walking stick and hit the pumpkin over again and again until the pumpkin was no longer alive and the top of its head came off in one piece.

Jack brought the pumpkin back to the fire and carefully scooped the flame into the pumpkin’s head, replacing the top of its head so that he wouldn’t be burned. Now Jack had a lantern.

Stingy Jack then walked slowly down the path towards Purgatory, under the watchful eye of The Devil, doomed to wander the Earth with his lantern forever.