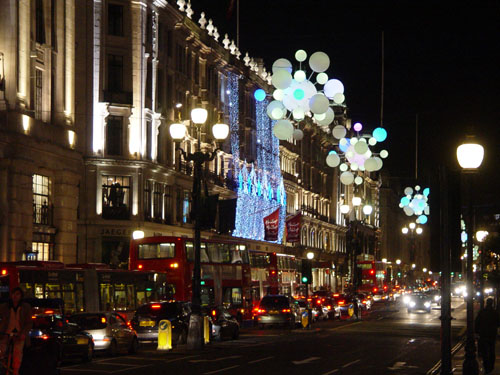 Let us take you to London at Christmas time. It's not this year's Christmas, but Christmas all the same. We will show you a photograph album of pictures which were taken at the end of 2007.

You will not find classic photos of London. There will be no sights or monuments. We decided to show you pictures connected with Christmas time since Christmas is just around the corner.

If you find the photographs too small, you can click on any of them and they will pop out larger in a new window. So sit back, relax and indulge in the Christmas spirit.

Let's start in Oxford Street, which is probably the longest shopping street in the world. You can buy there virtually anything and there are also many department stores, such as Marks and Spencer, Debenhams /'debənəmz//'debənəmz/ , John Lewis, or Next. There is also Selfridges, which is (together with Harrods) the most expensive department store in London.

You can see red double-deckers in both pictures, which are world-famous London buses.

The yellow lights which you can see on the left are covering Debenhams department store, which is usually decorated best. The main shop window, facing Oxfrod Street, always has something very special. Back in 2007 there was an installation of ‘Santa's little helpers’, which was basically dozens of different teddy bears and other toys constantly moving and ‘helping’ Santa prepare the Christmas decorations of the shop window.

You can see a few pictures below, but since photographs are static, you will not probably enjoy it as much as the real thing.

Let's move on. Look at the following two pictures: 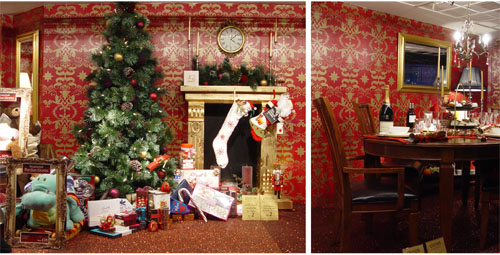 No, these are not photos of someone's living room. This is actually another shop window. And it's still Debenhams, this time the back of the store. If you don't believe it, you can find the proof here.

Oxford Street is, of course, not the only street with elaborate holiday decorations. There are many others. Virtually every single street has some kind of Christmas decoration.

This is Carnaby Street in Soho, for example. Do you remember making these paper chains for your Christmas tree when you were kids? Well, in Soho, they decided to take it to a totally different level and prepared this brightly coloured chain installation. 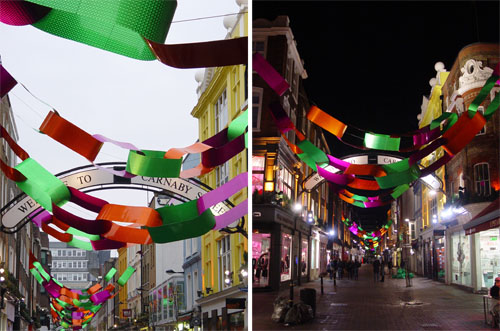 The two pictures below are Regent Street, which is perpendicular to Oxford Street. This street is also well-known and among other shops, you can find there Hamleys, a famous toy shop. 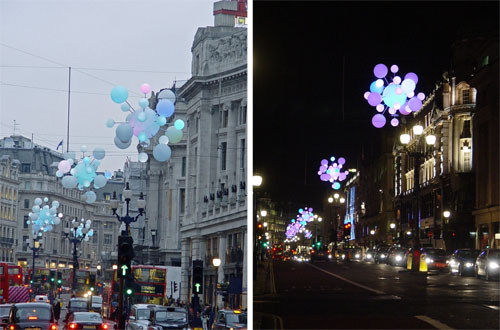 The decoration was very unique that year, with clusters of lights that continually changed colours and sequence. The lights reacted to different things such as music, movement on the street, population density of the people below or weather conditions. At 7pm there was always a special light show.

The whole installation was brought by Nokia, because they opened their largest flagship store in the world in Regent Street on 14th December 2007.

The next four images depict a few other streets. 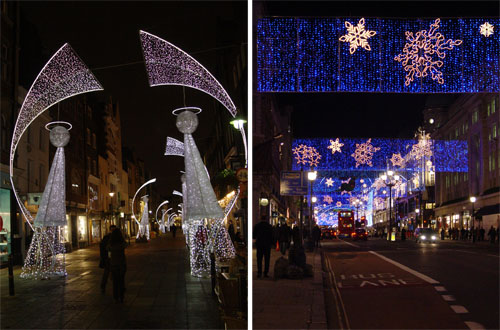 As you can see on the left (below), there were also ‘real’ chandeliers. The photo on the right is a double-decker, of course, with an advert for Magners (an Irish cider).

There are many shopping arcades in London, too. These are just two examples of festive decorations. 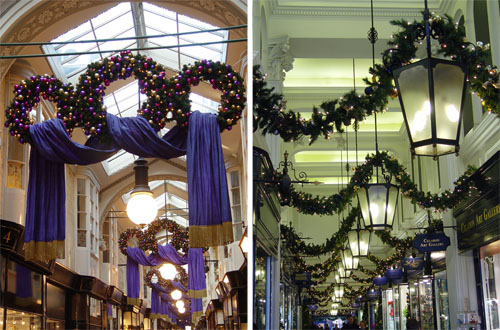 London has a lot of markets and fairs. They have a very festive atmosphere, especially during Christmas.

They are always buzzing with people, which you can see in the first picture below: 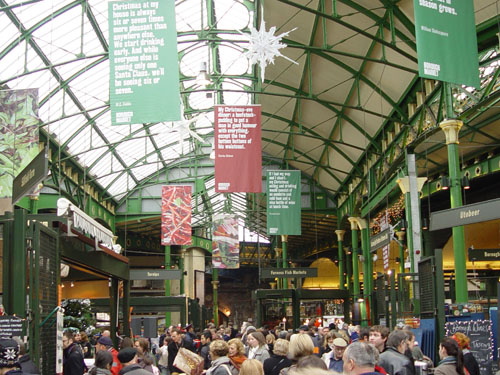 You can buy almost anything there. From chocolates and cakes,

different beers (they claim to have over 600 beers) and dried fruits,

to bread and traditional turkeys, geese or ducks, of course.

And you can taste virtually anything that is on sale there. The above pictures are from Borough Market, about which you can read more here.

You might be surprised why we're mentioning a park here, but it is a fantastic experience to go there on the Christmas Eve. The park is speckled with various attractions, stalls and kiosks.

In the first photo, though, you can see something else. No, this is not the famous London Eye. This observation wheel is much smaller. In fact, half its size, but it still gives you a spectacular view across the park and its many attractions. 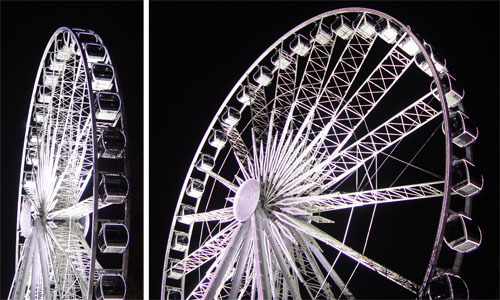 There's an ice rink next to the wheel. 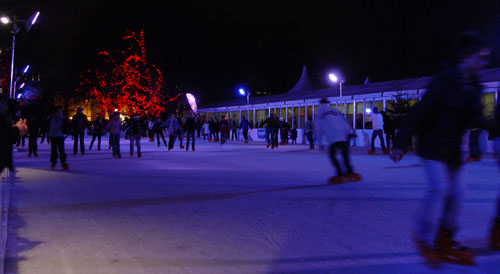 On the left is an example of one of the stalls and on the right is a tree decorated with many tiny lights. 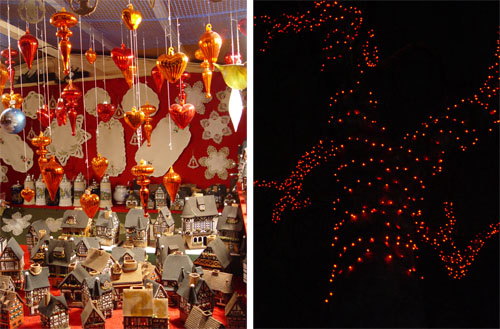 And last four pictures of Hyde Park during Christmas: 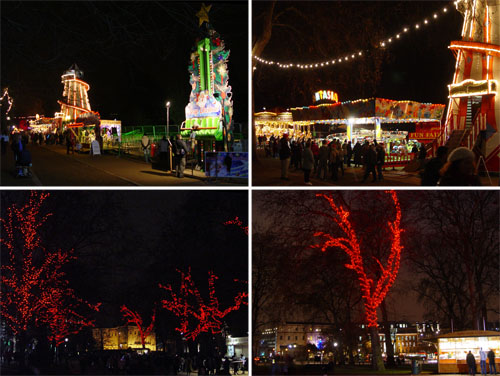 And now a little quiz. This is a photo of a man on the bank of the Thames. What is the man in the picture doing? Click on the photo and take a closer look.