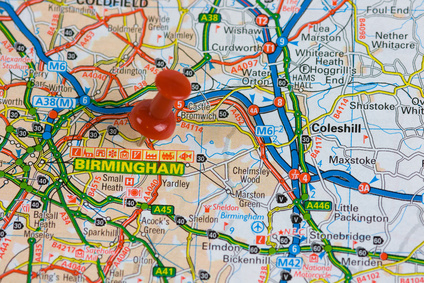 Birmingham is a city in the West Midlands of England. It is the most populous British city outside London with a population of more than 1,000,000.

It used to be a very industrial city, quite boring and grey (they say). Nowadays, however, it is a very modern metropolis full of life.

You can read more about Birmingham /'bɜ:mɪŋəm/ on Wikipedia.

Surprisingly, when you say Birmingham, I always think of one beautiful building that was designed by a Czech designer. Yes, it was Mr Kaplicky and his studio Future Systems. The building is a home of one of Selfridges department stores and, as many people say, it put Birmingham on the map. 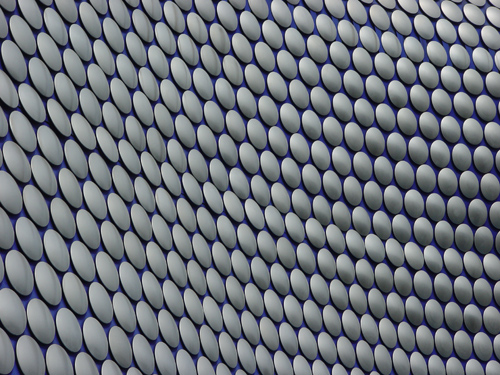 Some people might not like it, but I, personally, think it's impressive. Some may say that it's a strange combination of old and new architecture. I must disagree, however. 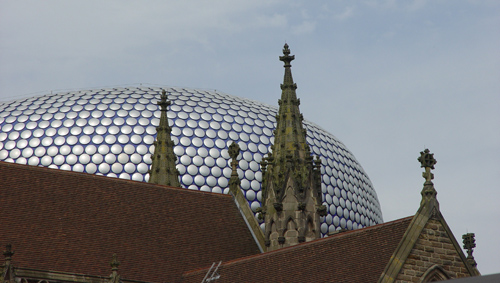 These are four more photos. Click on them to take a closer look. 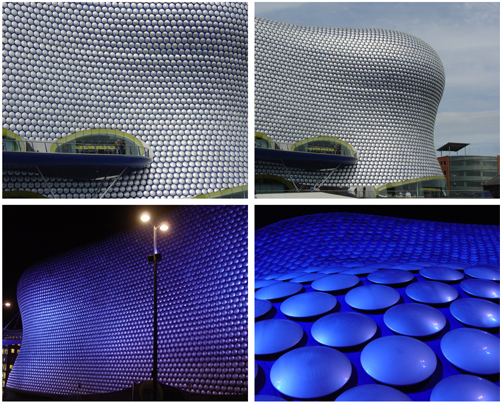 You can find more about Selfridges here. More about Future System can be found here.

Bull Ring (or Bullring) is a very popular shopping centre in Birmingham. It has been an important commercial area since the Middle Ages, when its market was first held.

It is not only one building, but basically a complex area in the middle of which you can find the above mentioned Selfridges department store.

Birmingham is also famous for its canals and it is said that there are more canals than in Venice. 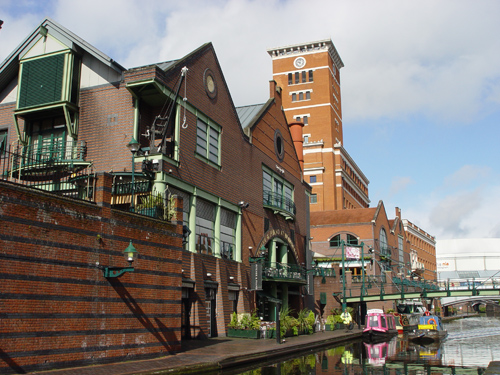 I've never been to Venice and I don't know if it's true, but the canals are indeed beautiful. There used to be more of them, but even nowadays there are more than 100 miles of canals, many of which have been reconstructed.

It's very enjoyable and pleasant for strolling and relaxation. You can safely cross the canals almost anywhere and there are a lot of beautiful cafes to stop by. 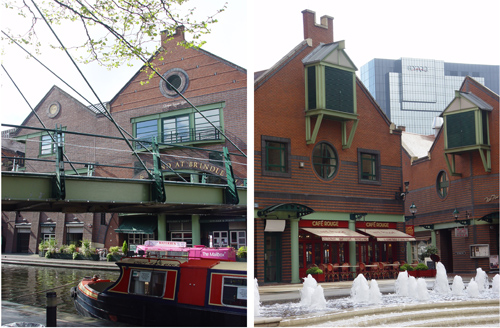 You can, of course, find the canals in many residential areas, too. 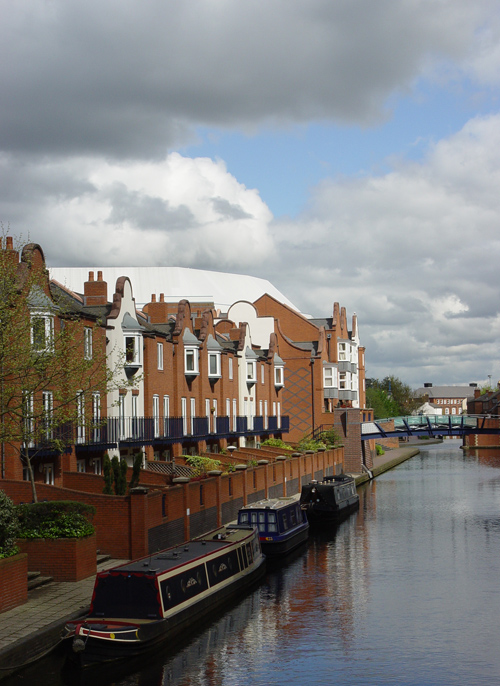 Another place definitely worth visiting is the Birmingham Botanical Gardens and Glasshouses, which are located in the suburbs. There is a lot to see any season of the year. These are just two photos that I took last year. 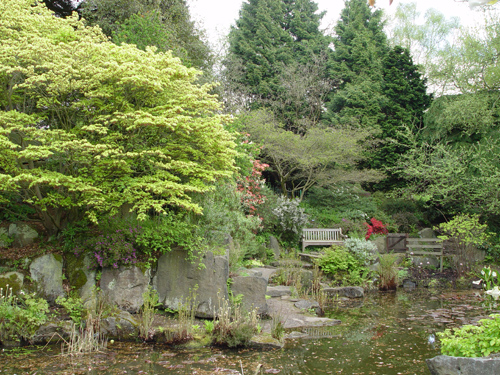 You can find more information about the gardens here: birminghambotanicalgardens.org.uk 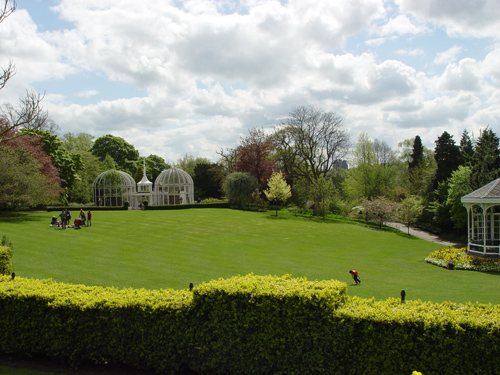 After visiting the botanical gardens, why not to go to one of the Sea Life centres. There are 26 of them located in many European countries.

There are lots and lots of various creatures and the place is popular with children but also with adults. Well, I'm not a child anymore and had a great time there. 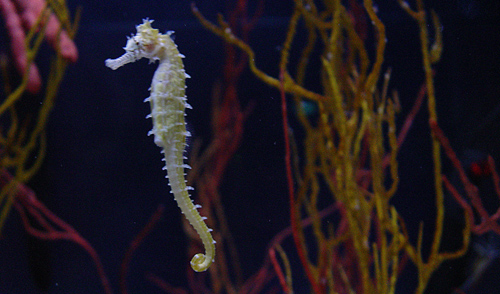 Unfortunately, I didn't take many photos. Above, you can see a seahorse, which was almost impossible to take a pictures of (it was quite small moving rapidly up and down).

Below, you can see a few jellyfish, which was really a magnificent sight. Take a closer look and click on the photos.

You can find more information and photos here: sealife.co.uk

Another notable feature is the Moor Street Railway Station.

Birmingham has three railway stations, the busiest of which is the New Street Station. It's a new modern station. There are many similar stations in Britain.

The Moor Station, however, is a bit different. It has been partially renovated to its 1930s condition, which cost about £11 million.

Here are just two photos. On the left you can see the Selfridges department store in tha background. Click on the photos for a closer look.

For more information about this reconstructed station, go to Wikipedia.

Holloway Circus Tower is the second famous building in Birmingham (right after the Kaplicky's Selfridges). It's a 121-metre tall skyscraper finished in 2006. 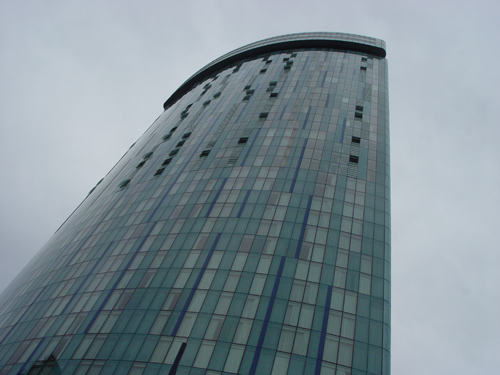 You can find more about the tower here. The building is situated right next to another interesting site.

It is the Holloway Circus roundabout, in the middle of which you can find a Chinese Pagoda. The construction was donated to the city by a Chinese supermarket chain. 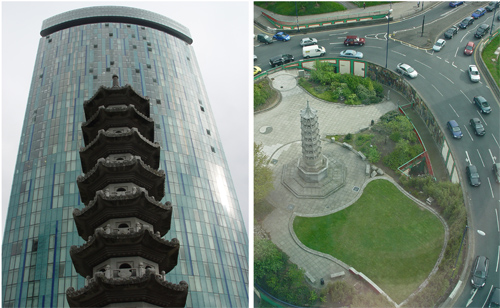 The pagoda is not the only notable feature of the roundabout. You can find there a magnificent mosaic, a part of which you can see below. Click for a closer look.

Below (on the left) you can see a part of the roundabout at night.

On the right (above) is just a picture of decorated trees in the centre of the city. No, it was not Christmas. It was May.

And the last picture is dedicated to all students. It's a photo of a school. 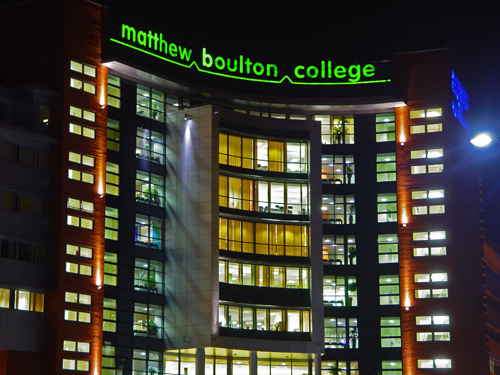 There is definitely much more to see and do in Birmingham. Unfortunately, I didn't take so many pictures.

I hope that you enjoyed our little tour today and if you haven't been there, maybe one day you will visit Birmingham too. I'm sure you will love it.