Large houses marked with Greek letters line the streets near many American universities. If you believe Hollywood, these places are famous for beautiful people getting drunk from red plastic cups. Is Greek life really just one big party?

The Greek system can provide a sense of belonging for new students attending college far from their hometown friends and family. The members are called fraternity brothers and sorority sisters, and they usually live in large mansions. Greek life provides an instant circle of friends and a calendar full of organized social activities.

If you want to join a fraternity or sorority, you have to go through a process called “rush”. This happens a few weeks before each new school year.

For sororities, rush is very organized. Young women visit each house, where the members often wear matching outfits, sing songs and have short conversations with potentia new members. Then the sororities invite the women they liked back to talk to more members. At the end of the week, the new students receive an offer, called a “bid”, from the houses that want them as members.

For fraternities, the process is much more informal. Potential members attend parties, visit the houses, and get to know the guys before school begins. Then fraternities decide who they want to invite to pledge.

After rush is finished, the new potential members, called “pledges”, are not yet official brothers or sisters. The pledging process can last anywhere from a few weeks to several months. Pledges have to memorize facts about their new house and complete difficult or embarrassing tasks, such as wearing ridiculous outfits, waking up in the middle of the night, and doing whatever the older members tell them to do.

When this process goes too far, it's called hazing and it has a long history in the Greek system. In 1873, a pledge called Mortimer Legget was taken into the woods at night and left to find his way home. His journey was cut short when he fell off of a cliff and died. At least eighteen students have died since the year 2000 from alcohol poisoning or trying to do physical activities (such as swimming) while drunk as part of pledge processes.

Parties aren't the only benefit of Greek life. Fraternities and sororities have been around since the late 1700s, so there are lots of alumni for each house. They can connect students with powerful people in the companies that they want to work for one day – people who wouldn't normally talk to them if they weren't a member.

Many houses also keep “test files” of old exams from previous years, which are only available to members. If your professor has given the same type of test for years, you've got an automatic studying advantage.

Alcohol has a long history as a part of fraternity and sorority events. Parties usually take place at fraternities, not sororities (where boys are often not allowed inside). In 2015, the Alpha Kappa Rho fraternity in North Carolina got into trouble for having a Facebook page where members posted photos of naked, unconscious women at their parties. Many universities have policies against drinking alcohol on campus, but a lot of fraternities seem to simply ignore them.

It's Not All Parties

Every story has two sides. While these controversial events may get a lot of media attention, they don't happen in all the houses at every school. Fraternities and sororities also do a lot of philanthropic (= charity) work. Most houses choose one cause, such as a local hospital or food bank, and host events throughout the year to raise money or collect donations for the charity of their choice.

Photo by Kelly, used with permission. 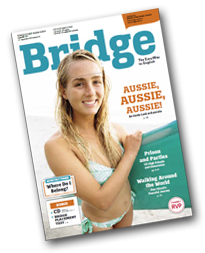