CHRONICLES OF NARNIA: A Faun in the Snow

A Faun in the Snow

The mythical and mystical world of C. S. Lewis

Think of a forest with snow falling. In the middle of this forest is a lamp post, and beside it is a faun – a small, goat-legged man holding an umbrella. A vision from a bad dream? No, this is Mr Tumnus, one of the most famous images in children’s li­terature. 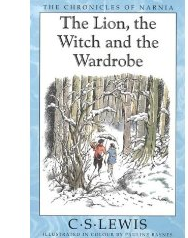 It was Mr Tumnus who came into the head of C. S. Lewis, a university professor and philosopher, and inspired him to write The Lion, the Witch, and the Wardrobe, the story of four children who find their way to a magical land through the back of an old wardrobe.

A land of fantastic creatures

Although Lewis was first famous for his books about Christianity, his interest in fantasy didn’t come from out of the blue. Lewis was close friends with J. R. R. Tolkien, and a member of the fantasy writing group, the Inklings. Like Tolkien, Lewis loved mythology, particularly Celtic and Norse stories, and his books are full of mythical beings – giants, centaurs, fauns and witches, and even Father Christmas!

Mr Tumnus isn’t the only unusual character in the book. There is also the evil White Witch, a white-faced queen riding a sledge through the snow, keeping the magic land of Narnia under a spell of winter. Always winter, but never Christmas. Then there’s the magnificent Aslan, a lion who comes to Narnia to help save the country from the witch and bring spring back.

From the war to battle

And then there are the four children themselves – Lucy, Susan, Peter and Edmund. Their story starts in England during the Second World War, when they are sent to an old country house to stay safe from the bombs. Once they find their way to the magical world of Narnia, they have to deal with a different kind of danger. When they discover that their only friend in Narnia, Mr Tumnus, has been turned into stone by the White Witch, the children are thrown into a terrifying war of good against evil and bravery against fear.

Lewis’ books are still very popular, and are often used in schools as classic examples of children’s li­terature. But some writers argue that his books are too full of his own beliefs to make good stories. Lewis was a strong Christian, and he created Aslan partly to imagine Jesus in another world.

Whatever else they are, Lewis’ books are about the power of the imagination – not only to imagine different worlds, but to help us live better in this one. According to Lewis, when you read about a magical forest, you don’t hate real forests – you feel as if those real forests are a little bit more magical.

So how to get through to that magical forest? Step one: find an old house. Step two: find an old wardrobe full of fur coats. Step three: step into the wardrobe and carry on walking. Or you could just pick up the book itself.

Clive Staples Lewis was born in Ireland in 1898, and worked at both Oxford and Cambridge as a writer and teacher. He wrote books about religion, philosophy, literature, and fiction for children and adults. He is most famous for The Chronicles of Narnia. His books have been translated into more than 30 languages and millions of copies have been sold. 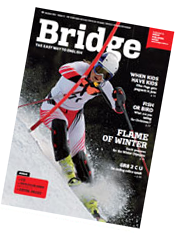 The Battle for Middle-Earth

Words from the game based on the Lord of the Rings.
INTERMEDIATE

The Lord of the Rings Quiz: rings

The Lord of the Rings Quiz: People