Electronic music is music that is made electronically. Forget real drums and pianos! This is about drum machines, synthesizers, loop stations, samplers, computers, and even iPads and iPhones! And there are lots of styles, from chillout to electro-swing.

So listen, learn and enjoy!

Alice Francis – Shoot Him Down

Parov Stelar is a famous electro-swing DJ from Austria. He mixed “Shoot Him Down”, a song by electro-singer Alice Francis. The girl in the song wants to kill her boyfriend because he broke her heart!

Electronic swing: Swing was popular in America in the 1930s and used a lot of double bass and drums. Electro-swing mixes this traditional sound with a dance or hip hop beat. Other electro-swing bands include Caravan Palace and Dunkelbunt.

Bitter:Sweet from Los Angeles are singer Shana Halligan and music producer Kiran Shahani. They have made four albums. You can hear their songs on TV (Grey’s Anatomy) or in films like The Devil Wears Prada. This song is about a girl who dates a bad guy, but she loves him anyway.

Trip-hop jazz: a type of dance music played on electronic instruments such as keyboards, but with a slower beat. Also try artists like Jem or Supreme Beings of Leisure.

Bastille – Things We Lost In The Fire

Bastille is an English band led by singer Dan Smith. The band’s name comes from Bastille Day (a French national holiday) which is on the same day as Smith’s birthday. This song is about a relationship that went bad.

Neo synthpop: Synthpop was popular in the 1980s and it used a lot of electronic synthesizers. Neo synthpop also adds indie and rock sounds to it. Also listen to modern bands like Owl City.

Disclosure – F for you

Brothers Guy and Howard Lawrence got together to mix electronic music. This song is also about love, where ‘F’ means “Fool For You.”

Electronic/deep house: began in the 1980s in Chicago. It’s a kind of dance music with a strong electronic beat, but it also has an easy listening style called chillout (relaxing music). Listen to London Grammar and SBTRKT if you like this style.

Harley Streton (also called ‘Flume’) is an electronic music producer and DJ from Sydney, Australia. He began mixing music at the age of thirteen, when he got a free music-mixing app in a box of cereal!

Experimental/am­bient pop: This style uses unusual sounds, a melodic beat, and adds instruments and vocals in a repetitive way. Similar artists are Rustie and Ta-ku. 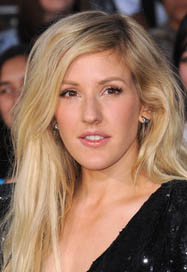 Chart queen Ellie Goulding is a soprano (= the highest female voice), and has an emotional singing style. Her latest hit “Goodness Gracious Me” is in the movie Divergent.

Folktronica: mixes traditional folk with an electronic style. Try artists like Florence and the Machine or Katie Melua. 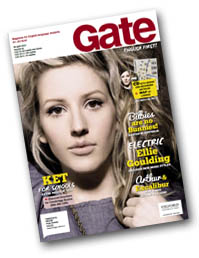